Is a Third Party Liable for My Workplace Injury?

Posted on behalf of Roden Law Firm on Jul 27, 2018 in Workers' Compensation 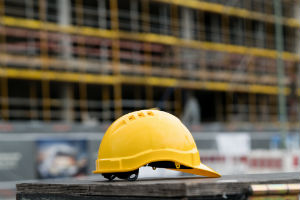 As a dedicated worker, you are likely familiar with workers’ compensation and the fact you are generally barred from suing your employer. However, in some situations, you might be able to hold a third party liable for your injuries and pursue compensation from this party.

At Roden Law, we can analyze the circumstances that led up to your injury on the job. Our dedicated workers’ compensation lawyers in Macon can determine if there are other parties who can be held responsible for your accident so that you can seek maximum compensation for your injuries. Call us today to discuss your claim and how we can assist you.

What Is a Third-Party Injury Claim?

In some workplace accidents, a third party is at fault for an accident. In this type of situation, a person may not be limited only to a workers’ compensation claim. He or she may be able to pursue compensation for damages against the third party.

Georgia workers’ compensation law does not prohibit an injured worker from pursuing a lawsuit against another party other than the employer who played a part in causing the worker’s injury or illness.

A third party may play a role in workplace accidents in a variety of ways. Some common accidents involving third parties include:

One of the most common types of workplace accidents is an automotive accident that occurred while the worker was driving as part of his or her job duties. In addition to filing a workers’ compensation claim, an injured worker may be able to file a personal injury claim against the driver who was at fault for the crash.

There are also accidents involving large trucks on construction sites. For example, a truck could back into a worker or the truck's cargo could fall out and injure workers nearby.

A worker may be injured while on a construction site managed by someone other than his or her employer. You may be able to file a lawsuit against the entity responsible for the site, such as a general contractor or subcontractor.

Workers may be injured or killed because of defective machinery or equipment. Workers may be crushed by equipment, electrocuted or struck by an object. If the accident was caused because the equipment or product was defective, the injured worker may be able to file a third-party lawsuit against the product manufacturer, distributor or supplier.

The most important difference between a workers’ compensation claim and a personal injury claim is the different burden of proof. Workers’ compensation is a no-fault system. In exchange for not being able to sue the employer directly, an injured worker need only show that his or her injury was sustained while performing his or her job duties and within the scope of his or her work. However, in a third-party lawsuit, you must prove the accident was caused by another party that was negligent.

Workers' compensation claims and personal injury lawsuits offer different forms of compensation as well. In a workers’ compensation claim, the injured worker’s benefits are limited by law to a percentage of the worker’s average rate of pay and medical benefits. There is no compensation for the employee’s emotional distress or pain and suffering.

However, you can pursue compensation for emotional distress and pain and suffering in a personal injury lawsuit.

Contact a Lawyer for Help with Your Third-Party Injury Claim

We provide a free consultation to learn about your claim and charge no upfront fees.