Can Your Workers’ Comp Claim Be Denied for Refusing an Opioid Prescription?

Posted on behalf of Roden Law Firm on Oct 25, 2019 in Workers' Compensation 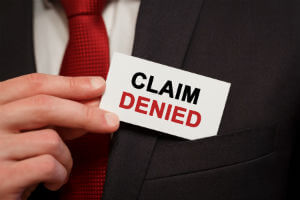 According to a 2016 report by the National Institute of Occupational Safety and Health, as many as 44 percent of workers’ compensation claims nationwide included a prescription for opioids along with other painkillers.

Opioid prescriptions can be very dangerous for workers - a report by the Washington State Department of Labor and Industries states: “prescribing more than a one-week supply of two or more opioid prescriptions after an injury doubles a worker’s risk of disability one year after the date of injury.”

Injured workers who are concerned about the risk of injury or addiction may want to refuse to take the pills. However, this could hurt your workers’ compensation claim because you are required to follow your doctor’s treatment plan.

Roden Law firm discusses some of the concerns surrounding the use of opioid analgesics for an injured worker. If your workers’ comp benefits were denied because you refused an opioid prescription, or if you have other questions pertaining to your claim, contact one of our experienced attorneys today. We offer a free and confidential consultation to discuss your legal options.

The Dangers of Prescribing Opioids for Workers’ Comp Injuries

Opioid analgesics are frequently prescribed to employees in certain industries where the type of work performed results in chronic pain from repetitive use injuries or for the ongoing aggravation of a pre-existing condition. These individuals have an especially high risk for developing a dependency to the drug. However, newly injured workers who are prescribed opioids can also become addicted if doctors do not monitor them closely.

According to a report by the International Association of Industrial Accident Boards and Commissions (IAIABC), there are, in at least 15 states, more deaths resulting from opioid overdoses than traffic fatalities. The CDC estimated in 2018 that the economic effect of this epidemic, including health care expenses, the costs of rehabilitation, decreased worker productivity and criminal investigations, is $78.5 billion annually.

In addition to common drug side effects, such as dizziness, nausea or vomiting, constipation and respiratory depression (a breathing disorder that can result in death), opioid prescriptions can result in the following negative consequences to an injured employee:

How Georgia Is Trying to Eliminate Opioid Overdoes in Injured Workers

Georgia is ranked 11th in the country for having the most prescription opioid overdoses, but the state is taking steps to try to address the problem.

The Georgia 911 Medical Amnesty Law, which protects a person who calls 911 to seek emergency care for a person who is experiencing an overdose, was passed in 2014.

In addition to the DPH initiatives, Georgia’s Department of Behavioral Health and Developmental Disabilities initiated the Georgia Opioid State Targeted Response Program, which consists of several strategies, including:

How an Attorney Can Help You Appeal a Denied Claim

Our lawyers work on a contingency-fee basis and do not get paid unless your workers’ compensation claim is approved, and you receive compensation. There are no upfront fees and you have no obligation to act after meeting with us during a free consultation, so contact us today to schedule your confidential and complimentary case review.