When Victims of Drunk Driving May Pursue Punitive Damages 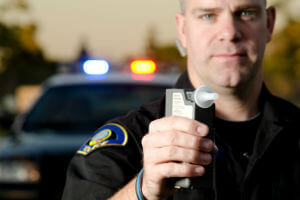 When you are injured in an accident, you usually have the right to seek compensation for the full extent of the damages that you sustained. However, in certain cases where the at-fault party behaved in a manner that is deemed malicious or egregious, you may also be able to pursue punitive damages.

If you were injured by a drunk driver or lost a loved one due to this senseless act, contact the compassionate Savannah car accident lawyers at Roden Law. We offer a free initial review in which we are prepared to answer questions about the specifics of your claim and whether or not punitive damages may apply.

In car accident cases, compensatory damages are the monies intended to repay the victim for damages he or she sustained in an accident. These damages consist of tangible, economic damages, such as medical expenses, property damage and lost wages.

Injured parties may also be able to recover non-economic damages. This type of compensation is to provide for losses that are harder to quantify, such as mental anguish, loss of companionship, or pain and suffering.

In contrast, punitive damages are not intended to compensate the victim. Rather, they are intended to punish the at-fault party. Nonetheless, punitive damages can also increase the total value of the plaintiff’s award and provide much-needed recovery to the injured victim after a life-altering accident caused by a reckless drunk driver.

When Punitive Damages May Apply

Under Georgia law, punitive damages may apply when an injured victim proves by clear and convincing evidence that a defendant’s actions involved willful misconduct, malice, fraud or conscious indifference to the consequences of his or her actions. Georgia’s law specifically discusses the ability to recover punitive damages in cases involving drunk drivers and, unlike compensatory damages, there is no cap on how much may be awarded.

If the cause of action is not based on product liability, punitive damages may apply if the defendant acted or failed to act while impaired by any of the following:

In order to recover punitive damages, there is an expectation to meet a higher burden of evidence. Simply establishing that the driver was negligent is not enough.

If you suspect that the at-fault driver was drunk at the time of the accident, and you are physically able to do so, notify the officer who responds to the scene about your suspicions. He or she may be able to have him or her tested for the presence of drugs or alcohol on the scene, or later if the person is transported to the hospital.

It also important to report, as part of your statement, any signs of drunk driving you noticed before the accident, including:

If possible, and if you can do so without putting yourself in danger, get the names and contact information of any nearby witnesses so that your lawyer can later interview them.

If police suspect that a motorist is impaired, he or she will observe the driver’s behavior and appearance while conducting the investigation. The officer on the scene may also ask the driver if he or she was drinking or had taken any drugs.

If a police officer suspects impairment of any kind, he or she may issue a field sobriety test to provide evidence of whether a driver was operating under the influence. If there is strong evidence of drunk driving at the scene of an accident, the attending officer may arrest the at-fault party. If that driver is later convicted, this information may be used as supportive evidence for your claim.

If you are pursuing punitive damages for injuries sustained in a drunk-driving car accident, we encourage you to contact one of the experienced Savannah car accident lawyers at Roden Law. We offer a free initial consultation to discuss your legal options and charge no upfront fees if we represent you.