Can a Police Report Help Prove Liability After an Accident? 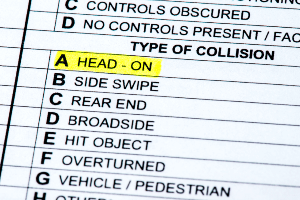 No matter the severity of an accident, if you plan on filing an insurance claim, you should contact law enforcement to investigate and file a police report. This report often serves as an important piece of evidence as your attorney works to validate your claim.

Below, our Charleston car accident lawyers discuss the value of a police report in proving liability in an injury claim. We also explain how we may be able to help you through the claims process without any out-of-pocket costs to you.

When law enforcement officers arrive at an accident scene, their objective is not just to ensure the safety of those involved and the safe flow of traffic. They also need to complete a report that will serve as an objective third-party observation of what may have caused the crash.

Police officers usually note several factors that may have contributed to an accident, including the following:

The police report may also note how a driver may have acted negligently before an accident occurred and who may be to blame for the crash.

When an accident only causes minor damage, injury victims may be able to collect witness information on their own while police conduct their investigation into the crash.

But what happens when an accident results in serious injuries that render you or your passengers unconscious, which makes it impossible to collect witness statements?

Fortunately, law enforcement officers can also collect witness statements and document them in the police report.

Sometimes, passing drivers who witness an accident may call 9-1-1, but they do not stay at the scene. A police report may provide a statement from a passing driver, which you may not have been able to obtain on your own.

For example, a passerby who witnesses a hit-and-run crash may call the police to report it. He or she may have a description of the vehicle and a license plate number. You may not have been able to obtain this information because of poor lighting, obstructions on the road or the fact you were seriously injured in the crash and rendered unconscious.

Police reports usually note which driver was issued a citation for a traffic violation, such as:

If the other driver involved in your accident gets a ticket, it may be a powerful piece of evidence to help prove liability.

The police report also describes damage to the vehicles involved in the accident. Sometimes this can help to prove liability for the crash. For example, liability is often clear in a two-vehicle accident in which one vehicle has damage to its front end while the other has damage only to its rear.

One of the most common counterarguments made by an insurance company is that your injuries were not caused by the accident, but something else. They may say you are just looking for money for a preexisting injury.

Having a police report that details your injuries and complaints at the scene may help prove that your injuries were, in fact, caused by the accident.

Police reports are the result of a preliminary investigation and there are other pieces of evidence your lawyer may need to help prove liability for an accident claim.

If the at-fault driver’s insurance company tries to deny liability, it is important to have an experienced attorney at your side to help validate your claim.

Our attorneys have a proven track record of securing the compensation you need for medical bills, lost wages and other damages. There is no cost for our services unless we win your case.