Determining Fault for an Accident Involving a Driverless Car 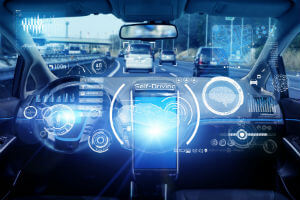 Americans are largely in favor of having access to more autonomous vehicles. A national study by AAA found that 60 percent of the public wanted more autonomous features in their next vehicle.

However, 54 percent of survey respondents reported feeling less secure about the thought of self-driving cars on the road, despite enhanced safety features in these vehicles.

What they may not know is that determining liability for accidents involving driverless cars could be very complicated.

If you are ever involved in an accident with a driverless vehicle, a knowledgeable Savannah car accident lawyer at Roden Law may be able to help you determine if you have a case for compensation, including determining who may be liable for the crash.

In 2016, a Florida driver was behind the wheel in autopilot mode when his Tesla Model S crashed into a tractor trailer that was illegally crossing the highway. This was the first fatality involving a Tesla Model S with the autopilot active.

Two years later, a self-driving car operated by Uber ran over a 49-year-old pedestrian at 40 mph.

One key factor in determining liability in driverless car accidents is the level of the vehicle’s automation at the time of crash. The driver is more likely to be held responsible when the vehicle had a low level of automation.

The National Highway Traffic Safety Administration (NHTSA) and the Society of Automotive Engineers have developed a scale that consists of six levels to describe vehicle automation:

Is the Car or Driver Responsible?

Most autonomous vehicles you see on the road these days are at level two or lower. Drivers behind the wheel of these vehicles are generally liable for accidents if they were negligent. These vehicles require drivers to stay fully attentive and ready to alter speed or steering.

The current legal infrastructure states that humans cannot delegate their responsibility to a machine to drive safely.

Under this legal theory, various parties may be potentially liable for the accident, such as the:

What Caused the Accident?

Many autonomous vehicles maintain a variety of electronic data, so it may become easier to determine how accidents occurred.