Recovering Compensation for Accidents Caused by a Sudden Medical Emergency 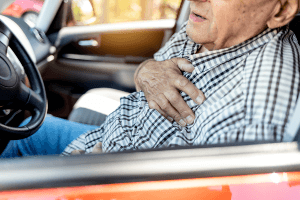 Drivers who refuse to admit fault for an accident may invoke a series of defenses that may sound absurd. But did you know there is a legitimate legal defense if he or she experienced a sudden medical emergency?

Our automobile accident attorneys in Savannah are prepared to help you prove another driver’s negligence caused the crash that resulted in your injuries, even if he or she claims to have experienced an unforeseen medical emergency.

We offer a free consultation and charge you no upfront fees while we work on your case.

What is Considered a Sudden Medical Emergency?

The sudden medical emergency defense falls under the doctrine of sudden emergency, which is part of common law. Under this doctrine, an at-fault driver may be able to avoid financial liability for his or her actions when they result in the death or injury of another under certain circumstances.

This defense may only be invoked if the actions of a person were taken in a situation where the person was faced with an unforeseen emergency and had little to no time to think through a reasonable action.

A sudden medical emergency would be an unforeseen medical episode in which the driver loses consciousness and is unable to act reasonably to avoid an accident. Common examples of this could include:

Every state has its own statutes regarding this type of defense to avoid civil liability, but for the most part, the courts have upheld it in cases when the at-fault party was able to prove the emergency was genuinely an unforeseen one.

Who Has the Burden of Proof?

Because there is a legal obligation to prove the event was an unforeseeable emergency, the burden of proof falls to the driver who is invoking this defense to avoid liability. This differs from most accident cases because the injury victim is generally the one who must prove the other driver’s negligence caused his or her damages.

Who May Be Financially Liable?

Unless the at-fault driver can prove the accident resulted from an unforeseen medical emergency in which he or she lost consciousness, that driver may be held financially liable for your damages. That means his or her liability insurance should cover the costs of your damages.

However, if the driver is successful in proving the crash was caused by a legitimate medical emergency, you may still be able to look for other parties to hold financially liable for your damages.

If the at-fault driver was given medical clearance to drive a vehicle by his or her treating physicians, you may be able to pursue compensation for your damages from the doctor, as he or she may be held accountable for negligently allowing an unfit person to get behind the wheel of a car.

You may be able to file a claim with the liability insurance of other drivers who may bear some fault for your damages.

What are My Options if My Claim is Denied?

If your claim is denied because the insurance company is leaning heavily on the sudden medical emergency defense their insured driver is invoking, it may be in your best interest to file a lawsuit to pursue the compensation you need.

Remember that the burden of proof lies with the at-fault driver claiming he or she suffered a medical emergency, which means that he or she must not only gather enough evidence to prove it but also build a strong case to support the evidence.

However, if you do not feel confident that you can prove the driver’s defense is illegitimate, you may be able to file a claim through your own Personal Injury Protection (PIP) or MedPay, if you have these coverage types on your policy. Be sure to discuss your other options for recovering compensation with an experienced attorney.

The process of recovering compensation for an accident caused by a driver who is claiming he or she suffered a sudden medical emergency may be more complicated. That is why it is important to speak to one of our knowledgeable attorneys who may be able to help you build a strong case to recover the compensation you need.

Our attorneys have successfully recovered millions on behalf of our clients in the past and are prepared to help maximize your compensation. The consultation is free and there are no upfront fees.