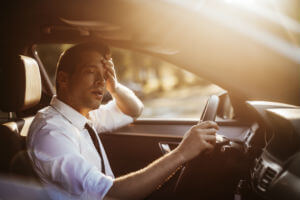 Epilepsy affects about three million people in the U.S. alone and approximately 65 million worldwide. Since those who suffer with this condition are known to have seizures and blackouts, the question is: should they be allowed to drive?  If they drive, the question becomes: can they be held liable for a seizure-related car crash?

The dedicated Savannah car accident lawyers at Roden Law are experienced at handling complex car accident cases, including those that were caused by medical conditions or medication. If you were involved in an accident with someone who was having a seizure, or you were the one who had a seizure, our knowledgeable lawyers can explain your rights in a free case evaluation. If you suffered damages, you may be owed compensation.

Dangers of Driving with Epilepsy/Seizures

If you suffer from epilepsy, getting behind the wheel can be very dangerous because you may be prone to having a seizure. This may be true even if you are currently taking medicine to control your symptoms.

According to the U.S. Centers for Disease Control and Prevention (CDC) in a 2015 report, less than half of those taking medication were seizure-free. An epileptic incident can occur at any time, and in the moments leading up to it and during a seizure, these are some of the symptoms that could impair your ability to drive safely:

Georgia law allows individuals with epilepsy to obtain a driver’s license as long as they have not had a seizure within the last six months. Individuals who only have seizures at night may be eligible for a limited license, such as a license that allows driving only in the daytime, even if the driver has suffered a seizure within the last six months. However, the Department of Driver Services (DDS) may require that medical reports be provided on a continuing basis as a condition of the driver keeping his or her license.

Reporting Medical Limitations to the DDS

Under Georgia law, doctors are not obligated to report patients with epilepsy to DDS. However, doctors can report a person who has any known condition that would make him or her incapable of safely operating a motor vehicle. Additionally, a relative, court, judge, law enforcement officer or concerned citizen can submit a non-anonymous letter or Request for Driver Review to express his or her concern over a driver’s medical condition. The DMV may require the individual in question to obtain a medical evaluation, along with documented proof from his or her medical provider that he or she is cleared to safely operate a motor vehicle.

When People with Seizures Could be Liable for a Crash

A person who has a seizure may lose control of the vehicle and cause an accident. However, this does not necessarily mean that he or she will be held legally responsible for the accident. A number of factors can affect who is ultimately considered liable for the accident. Some of the questions that need to be answered to determine liability include:

Generally, if the seizure was a determining factor involved in the collision, the person with the medical condition may be found to have some amount of fault for the accident. However, if this person had never been diagnosed with epilepsy and never had a seizure, he or she may have had no reason to believe this would be a risk factor. This is why this issue is so complicated.

How Comparative Fault Comes into Play

Georgia uses a modified comparative negligence system to apportion fault between two or more parties whose negligence contributed to an accident. According to this system, if you were less than 50 percent at fault for the accident, you can still pursue compensation for the damages you sustained.

Call Us Right Now for Help with Your Claim

If you were injured in an accident that you believe was caused by a person who had a seizure, it is important that you seek the assistance of an attorney who understands the intricacies of personal injury law.

The dedicated legal team at Roden Law can review the circumstances surrounding your case and explain your rights to you. We work on a contingency fee basis, so you are charged nothing unless we recover compensation for your accident. Call us today to schedule a confidential and complimentary consultation.