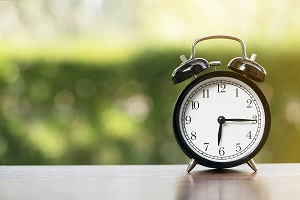 It is that time of year again when we wake up a little groggier and more irritated from losing a full hour of precious sleep, all for the sake of having more daylight during the evenings. The problem is that preserving more daylight hours can actually make the roadways more dangerous. Tired drivers are more likely to fall asleep and lose focus on driving, increasing the risk of a collision.

The experienced Savannah car accident lawyers at Roden Law have prepared information below about Daylight Saving Time and how it can impact road safety. If you were involved in a car accident that you think may have been impacted by fatigue driving, our personal injury team can discuss your claim and legal options for pursuing recovery for your damages.

A number of studies suggest that there are more car accidents during the transition to Daylight Saving Time in the spring. A University of Colorado study found that there were 302 traffic fatalities during the first six days following Daylight Saving Time causing damages totaling $2.75 billion from 2002 to 2011. (Each year there were more than 30 deaths costing $275 million each year.) There was also a 17 percent increase in traffic deaths on the Monday after the time change, according to the Fatality Analysis Reporting System, maintained by the National Highway Traffic Safety Administration.

Two professors at Rutgers University conducted a study that concluded pedestrian fatalities would be reduced by 171 per year and car accident deaths would decrease by 195 per year if Daylight Savings Time was implemented year-round.

The major reason for more accidents at this time of year is lack of sleep. Most people will lose 40 minutes of sleep because of the time change, according to the University of Colorado study. Researchers say that this lack of sleep can affect a person’s ability to see hazards ahead and react to them quickly enough, which increases the likelihood of an accident.

Researchers say that the time change can cause a significant disruption in many people’s sleep patterns, causing more drowsiness. The AAA Foundation for Traffic Safety reports that people who sleep six or seven hours a night are more than twice as likely to cause an accident than people who sleep for at least eight hours a night. People who do not get even five hours of sleep have increased their risk of a crash four or five times.

The concept of Daylight Saving Time is often credited to Benjamin Franklin because of his 1784 essay “The Economical Project or Diminishing the Cost of Light.” It was largely overlooked until World War I when Germany adopted it as a way to conserve energy in the evening. The U.S. used Daylight Saving Time in World War I and II.  In 1966, it became part of the federal framework, even though states were allowed to opt out.

Today, researchers and lawmakers are considering whether Daylight Savings Time is still having the intended impact. Some states are considering eliminating this practice as well – in the 2018 midterm election, voters in Florida and California voted to end the time change in their states.

If you were injured in a car accident, it is important to quickly retain the services of a qualified personal injury lawyer. The car accident lawyers at Roden Law are familiar with fatigued driving cases and can launch an investigation into the cause of the accident to determine what happened and the damages you may be entitled.

You do not have to worry about any upfront fees because we work on a contingency fee basis. There is only a fee if we help you recover compensation for your claim. Schedule a free consultation with a knowledgeable car accident lawyer right away.